Beverly Hills, CA– The Beverly Hills Police Department is actively investigating a series of vandalisms that occurred in the City of Beverly Hills overnight.  Earlier this morning, shortly after 7 a.m., police responded to a call of a vandalism at the Nessah Synagogue (142 S. Rexford Dr.). An employee notified security when he arrived for work and found an open door and items ransacked inside the synagogue.

Preliminary, investigators believe a lone male suspect committed a series of minor vandalisms as he traversed through the Rexford/Elm alley south of Wilshire Blvd. during the early morning hours.  At approximately 2:00 a.m. the same suspect made his way to the Nessah Synagogue and forced entry into the location.  The suspect then moved throughout the synagogue, heavily ransacking the interior. The suspect disrupted the furnishings, and contents of the synagogue by overturning furniture and distributing brochures and materials throughout the interior.  The suspect damaged several Jewish relics, but fortunately the Synagogue’s main scrolls survived unscathed.  The disruption was primarily to the Synagogue’s interior contents, and there is very limited structural damage.

Although police are investigating the crime as a hate crime, the suspect left no markings or other overt signs of anti-Semitism.

Several members of the Police Department have responded to assist with the investigation, clean-up efforts and to provide additional patrols throughout the Sabbath.  Significant efforts are underway to identify and locate the suspect.

Police have been working closely with the leadership of Nessah Synagogue.  The Synagogue plans to initiate clean-up efforts immediately and re-open the Synagogue tomorrow.

“This cowardly attack hits at the heart of who we are as a community,” said Mayor John Mirisch.  “It is not just an attack on the Jewish Community of Beverly Hills; it’s an attack on all of us. The entire City stands in solidarity behind Nessah, its members and congregants. We are committed to catching the criminal who desecrated a holy

place on Shabbat of all days and bringing him to justice.  We are equally committed that our City will continue to be a welcoming place for Jews and for members of all religions and groups.” 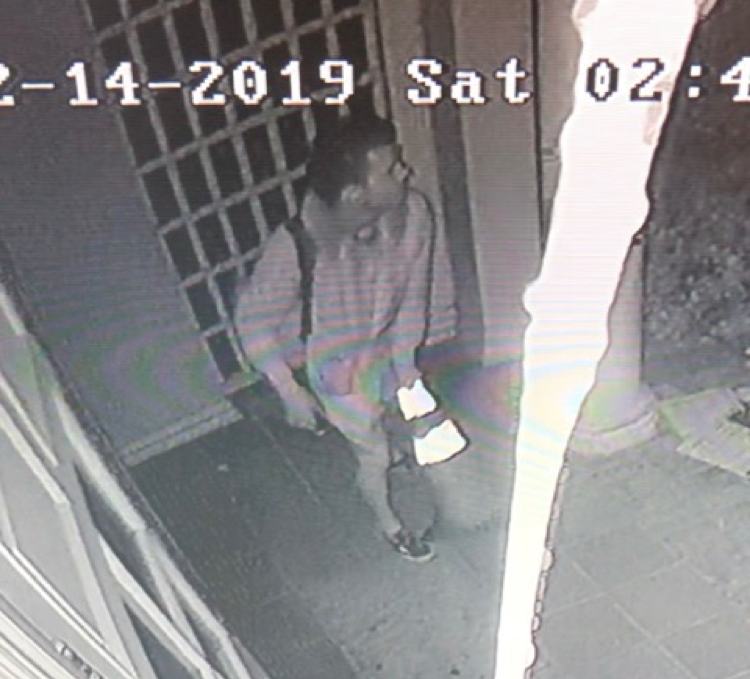 Anyone who has information about this crime or the identity of the suspect is encouraged to call the Beverly Hills Police Department at (310) 285-2125 or submit an anonymous tip by texting BEVHILLSPD followed by the tip information to 888777.