The City of Beverly Hills is currently restoring the theater at Greystone. When work is complete, it will be a multi-use space preserving the historic details of the room while offering a state-of-the-art cinema.

Construction is due to finish in early 2020 and the newly restored theater will open its doors to feature movies, small stage productions, and more.

There's a theater in the house?

This wing of the house includes a 2-lane bowling alley in the lower level, determining the long and narrow shape of the theater. Originally the room included a small stage framed by a proscenium arch carved from white oak, a large open space, possibly a raised platform, and a projection room. The City does not have any photos of this space while the Doheny family lived here and very little is known about how it was used. 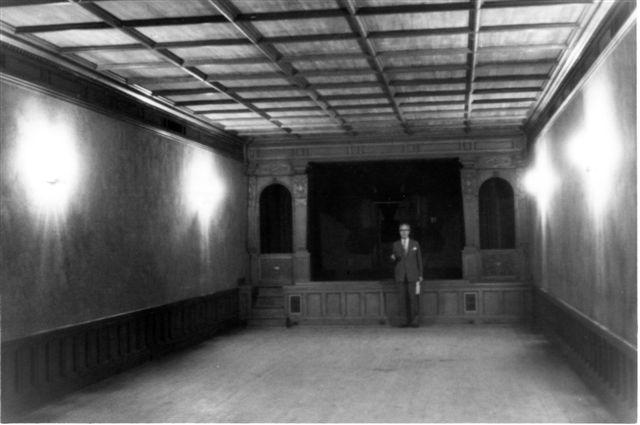 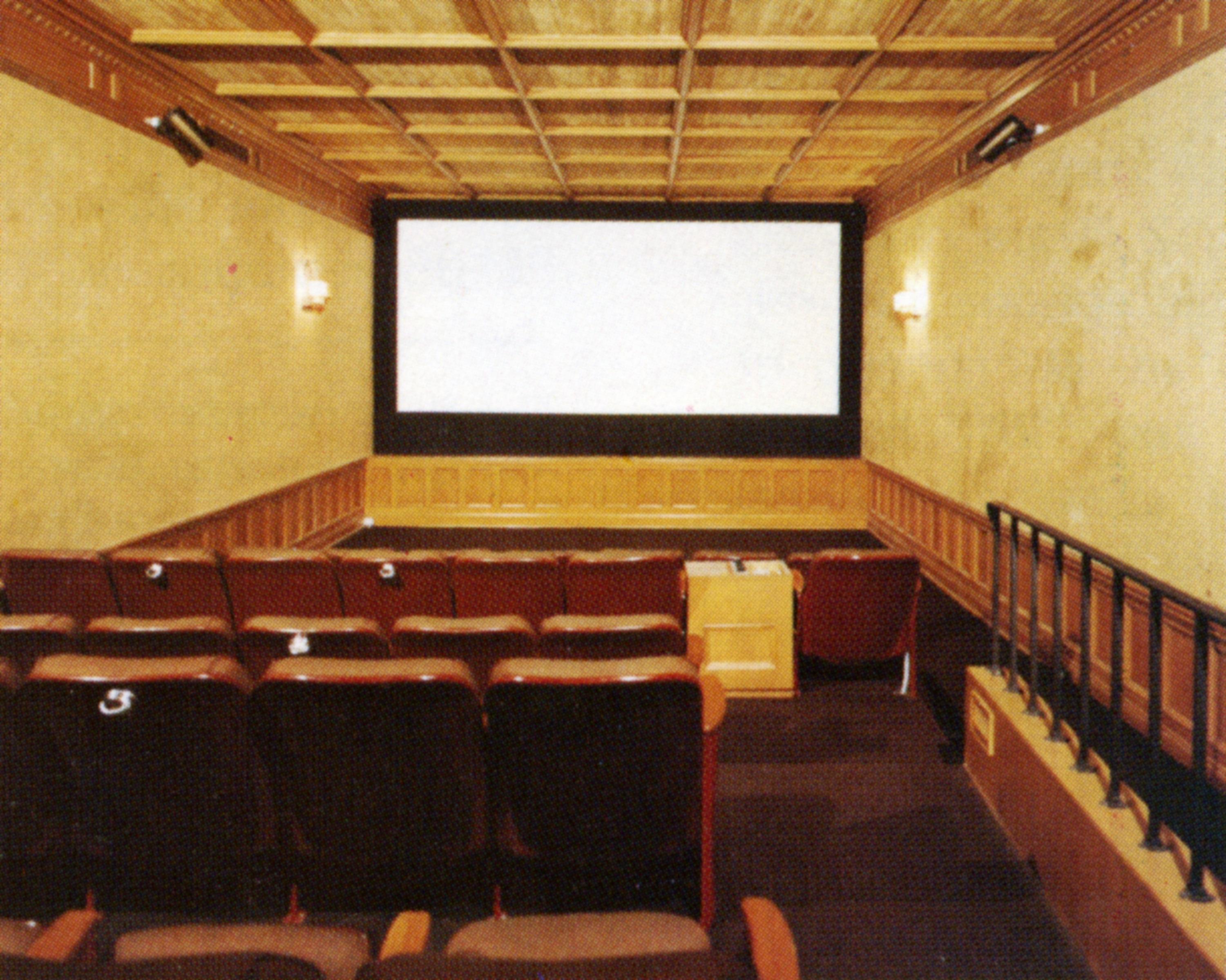 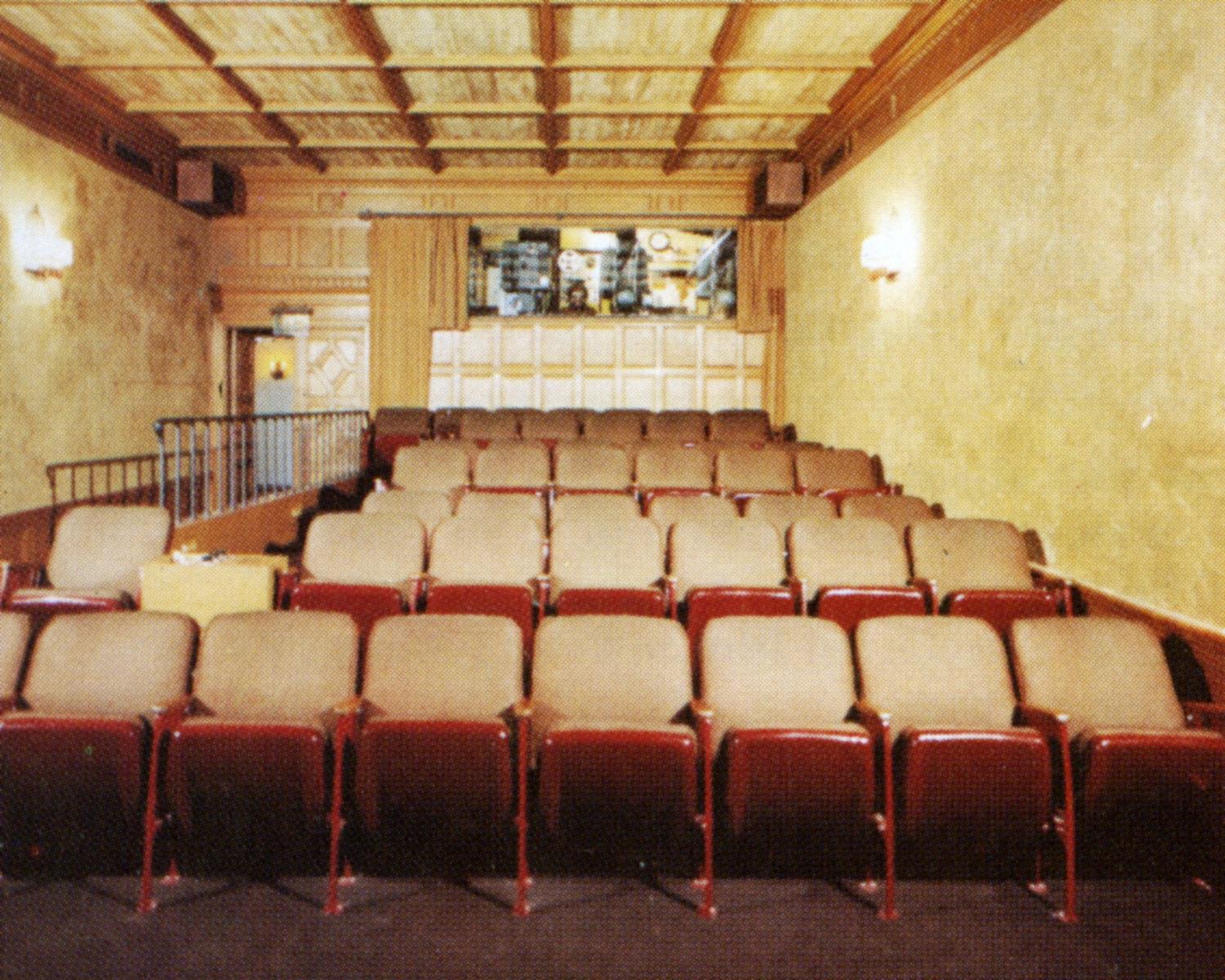 After AFI left Greystone in the early 1980s, very little was done to the theater until in 2019, Mayor John Mirisch identified restoration of the theater as a high priority in the list of restoration projects at Greystone.

The goal is to preserve the historic character of the space while allowing it to function as a state-of-the-art cinema. When the movie screen is raised, the full theater space will be visible showcasing the restored woodwork, historic sconces, and original footlights.

Where are we now in the process?

One of the first steps in the process was carefully cataloging and removing the wooden planks on the ceiling to access the space above to install updated electrical and technical systems. Now that work above the ceiling is nearly complete, the planks are being reinstalled. Lifts will also be installed in the ceiling, along with access panels, to accommodate current and future technical needs of the space. 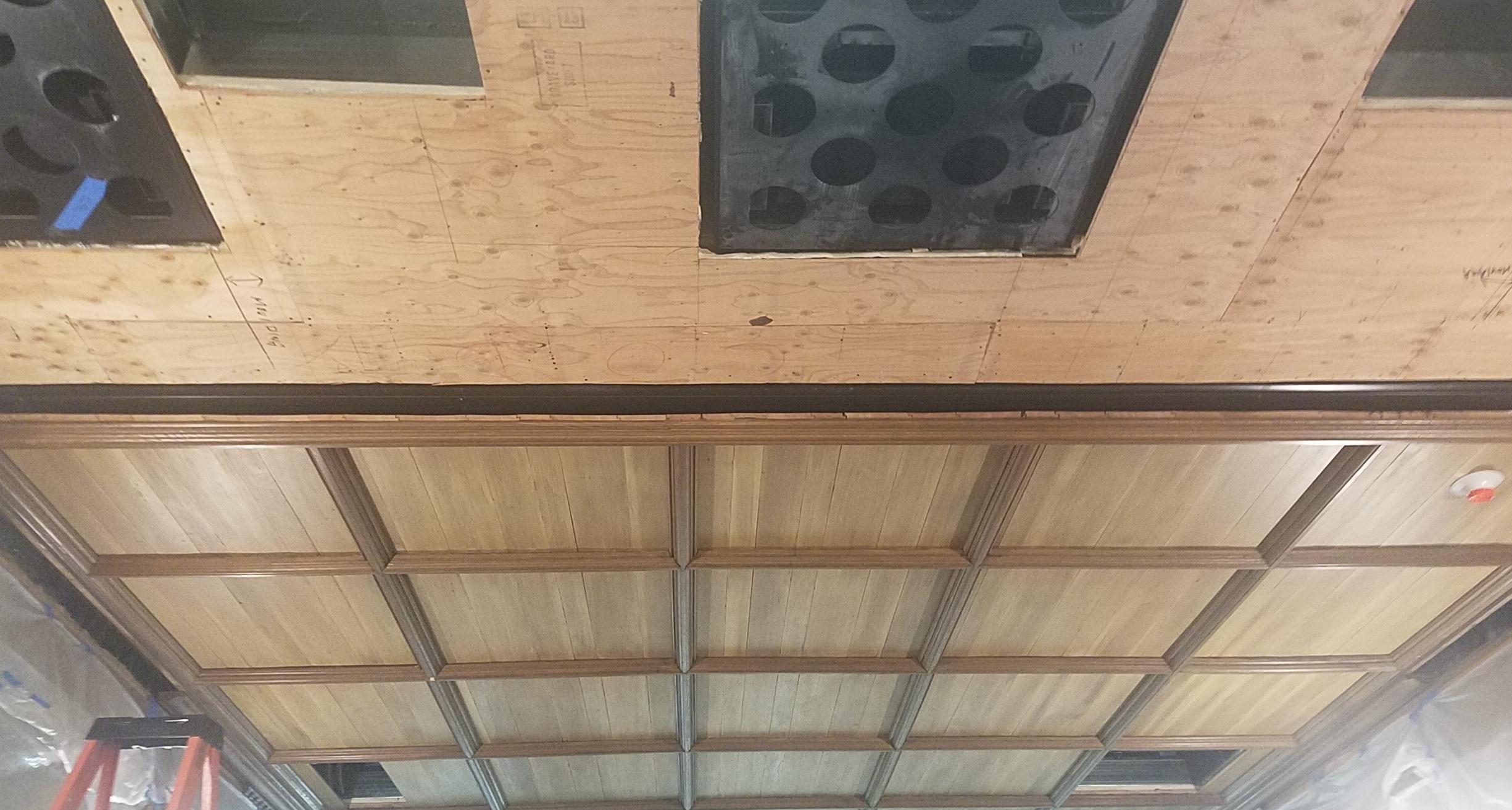