Catalan-Spanish artist Jaume Plensa has exhibited all over the world and installed major public artworks throughout Europe and the Americas. His work addresses the condition of humanity in a world enmeshed in technology - a mixed condition, as the symbolism of so many of his objects indicates. Language, "the first technology," has a double-edge for Plensa, being the medium for poetry and song but also for Babel-like division and misunderstanding. Plensa's ideal human, like this figure, embraces all languages, familiar and foreign. Among the eight tongues represented here are English, Spanish, and Hebrew. 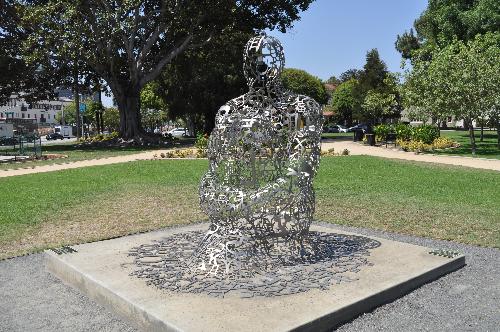