Beverly Hills was a prosperous and sought-after location long before it was discovered by the movie industry. At the beginning, our fabled El Dorado was blessed with the most precious commodity in Southern California: water.

The source of this fertility comprises three dramatic canyons: Franklin, Coldwater and Benedict. Moisture gathers on the hills and flows down to form streams that join at the nexus of Beverly Drive and Sunset Boulevard. Native American inhabitants, the Tongva or Gabrielinos, considered it a sacred site, naming it the Gathering of the Waters or, in Spanish, El Rodeo de las Aguas.

The fateful first contact between these peaceful natives and Europeans occurred just north of what are Olympic and La Cienega boulevards on August 3, 1769. Friar Juan Crespi, who served as Chaplain on the legendary expedition of Don Jose Gaspar de Portola, kept a journal. He recorded a magical passage through a "large vineyard of wild grapes and an infinity of rose bushes. After traveling about half a league we came to a village of this region," recorded the Friar, "people came into the road, greeted us and offered seeds."

Their "gift of life" proved ironic, for these armed Spanish tourists spelled doom for the Gabrielinos. Their medicinal arts were powerless against an imported smallpox epidemic, which destroyed two thirds of the local Native population in 1844. Mistreatment by European settlers soon did the rest.

In 1838, the Mexican governor of California deeded the land grant El Rodeo de las Aguas to Maria Rita Valdez Villa, the Afro Latina widow of a Spanish soldier. Maria Rita, an early California feminist icon, built an adobe ranch house near the intersection of present day Sunset Boulevard and Alpine Drive. She employed a vast posse of cowboys and proceeded to raise cattle and horses.

As was the custom of a time, Maria Rita permitted her livestock to wander freely, but once a year a festive roundup, another kind of rodeo, was held beneath a huge eucalyptus tree at the corner of Pico and Robertson boulevards.

In 1852, three Native Americans ambushed Maria Rita's rancho. A shoot-out and siege followed in a grove of walnut trees at Benedict Canyon and Chevy Chase Drive. Maria Rita survived, but the battle may have influenced her decision just two years later to sell the ranch to Benjamin D. Wilson and Henry Hancock for $4000. However, the legendary waters deserted the new owners; a drought decimated their crops and their cattle died in parched stream beds. However, their names live on today in nearby Mt. Wilson and Hancock Park.

After the Civil War wildcatters and roughnecks drilled oil wells. Cattle gave way to herds of sheep. Edward Preuss bought the ranch in 1868 with the intention of establishing a colony for German immigrant farmers. Preuss dubbed his civic speculation the "City of Santa Maria." He subdivided the soil into five-acre lots and put them up for sale for $10 a parcel.

Another drought ruined these plans and the land reverted to sheep and cattle ranching until Charles Denker and Henry Hammel purchased the territory in the 1880s. Hammel and Decker planted bean fields to help pay taxes but their ultimate dream was establishing a North African-themed subdivision called Morocco. However, this fantasyland disappeared in 1888 when the national economy collapsed.

Birth of a City

In 1900, Burton Green, along with several partners, purchased "Morocco" for the Amalgamated Oil Company and commissioned a new round of oil exploration. After drilling many unproductive wells, they reorganized as the Rodeo Land and Water Company in 1906. Green and his wife renamed the land Beverly Hills after Beverly Farms, Massachusetts.

To further stimulate development, the Beverly Hills Hotel was constructed in 1912 at the site of the Gathering of the Waters. It was served by a Dinky railroad, as wondrous in its day as the monorail at Disneyland appeared in the 1950s. The hotel became the center of community life, serving as theater, meeting place and church. The City was incorporated in 1914.

Life during the Roaring 20s accelerated with the construction of a huge, banked wooden racetrack, dominating most of the southern section of the City. The Speedway drove Beverly Hills further toward the center of America's popular imagination via radio broadcasts of races that were on the same scale as today's Indy 500. The speedway also was sometimes used as a base for another national craze: aviation.

The very existence of Beverly Hills was threatened by a proposal to annex the City to Los Angeles in 1923. Los Angeles, proponents argued, would provide an inexhaustible supply of clean water for growth. Emboldened by their new local identity, residents Will Rogers (who later became the City's first mayor), Mary Pickford and others mobilized local voters against the plan. Pro-annexation workers left bottles of the sulfur-smelling water on the doorsteps of every Beverly Hills home with a label that read: "Warning. Drink sparingly of this water as it has laxative qualities. Despite these "dirty" campaign tactics, annexation failed 507-337.

This "war of independence" was perhaps the first union of show business and politics in our national life. Long before Ronald Reagan went from soundstage to governor's mansion, Rogers, a wise cracking political humorist, became honorary first mayor of Beverly Hills. Rogers went on to play a part in the development of Beverly Hills by fostering construction of a new City Hall in 1932 and the establishment of a U.S. Post Office in 1934.

Beverly Hills continued to grow. Promotional materials from the period touted the young metropolis as "center of the next million." Fortunately, human-scale public improvements helped soften the effects of growth. In the 1930s, Santa Monica Park was renamed Beverly Gardens and was extended to span the length of the City. The famous Electric Fountain was installed. A finely modeled sculpture atop the fountain shows a Tongva in prayer, homage to Beverly Hills’ heritage as a wellspring of fertility and abundance.

In the post World War II years, Beverly Hills continued to develop as one of the most glamorous places in the world to live, eat, play and, especially, shop. The Golden Triangle, with Rodeo Drive at its center, was built and marketed to the rest of the world as the shopping destination of a lifetime. Many other glamorous hotels opened, notably the Beverly Wilshire, attracting visitors from all over the world. The City's iconic image was enhanced with the spread of television shows and movies set in Beverly Hills, among them The Jack Benny Show in the 1950s, The Beverly Hillbillies in the 1960s and, more recently, Beverly Hills Cop in the 1980s and Beverly Hills 90210 in the 1990s.

By the 1950's, few vacant lots remained and developers cropped whole mountains to ease the housing shortage. Today, such excessive development has stopped and the population is around 34,000 and growing slowly. But the mystique of Beverly Hills as a place of wealth and beauty continues to grow as it has since the days of the Tongva -- who taught residents to appreciate of the abundance of the present while preserving what remains of the past with reverence. 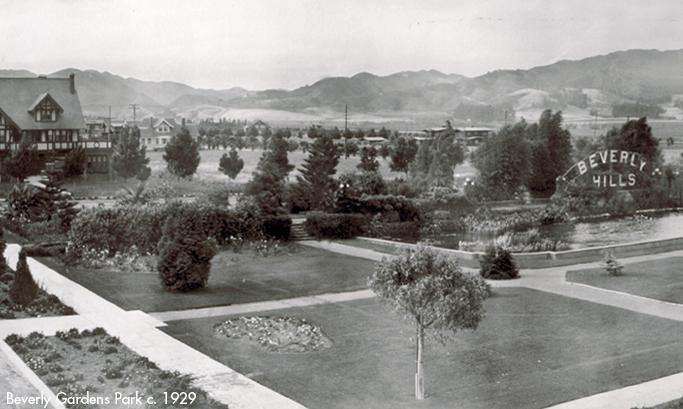 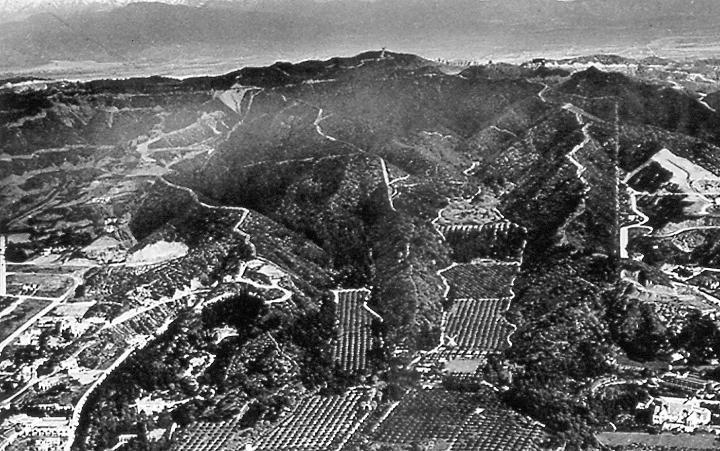 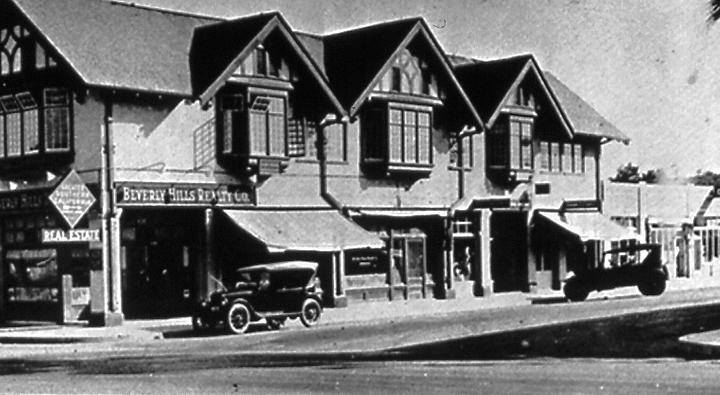 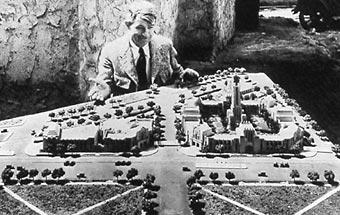 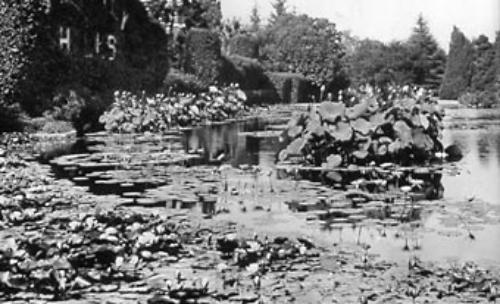 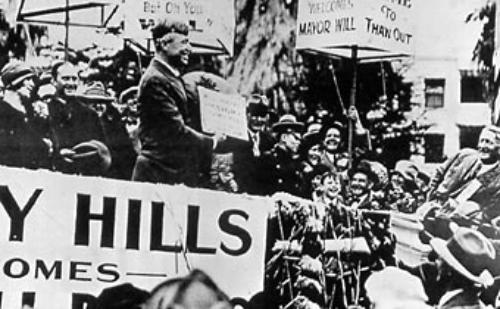 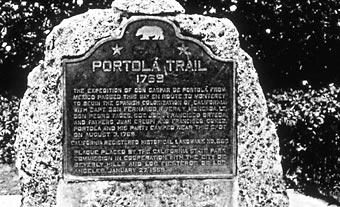 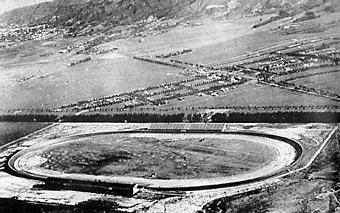 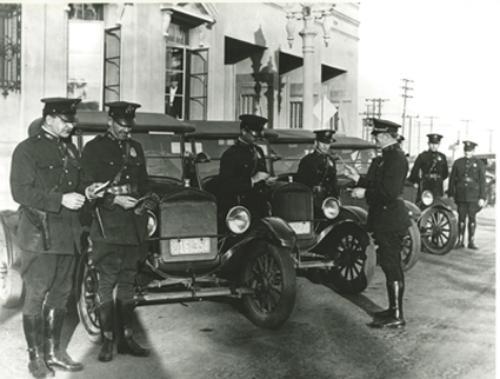 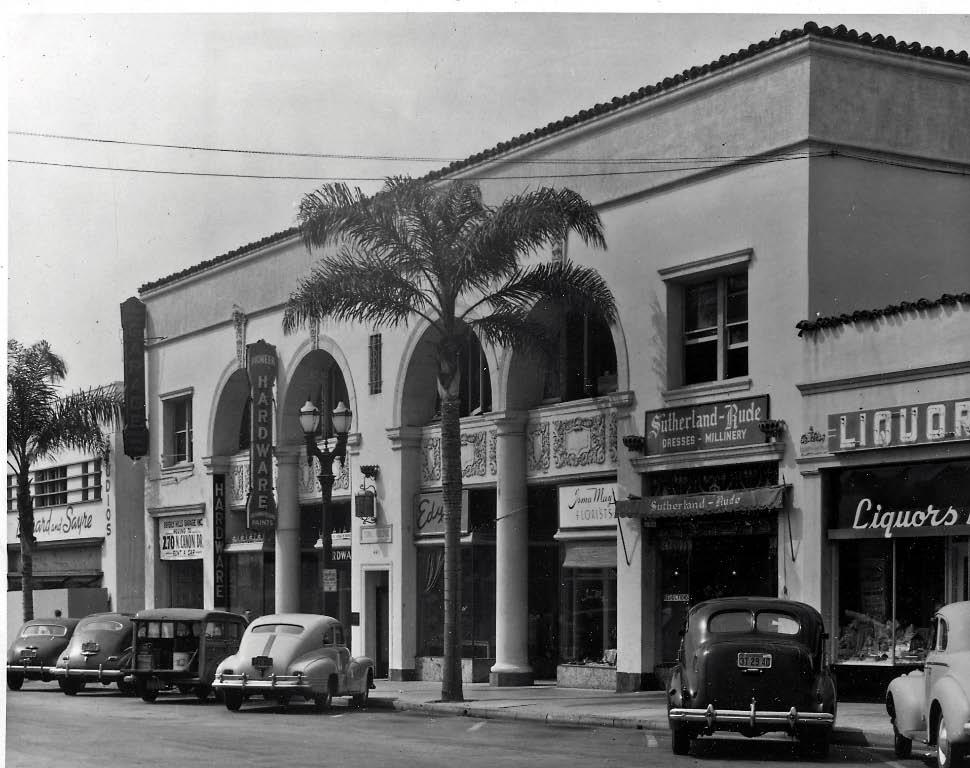 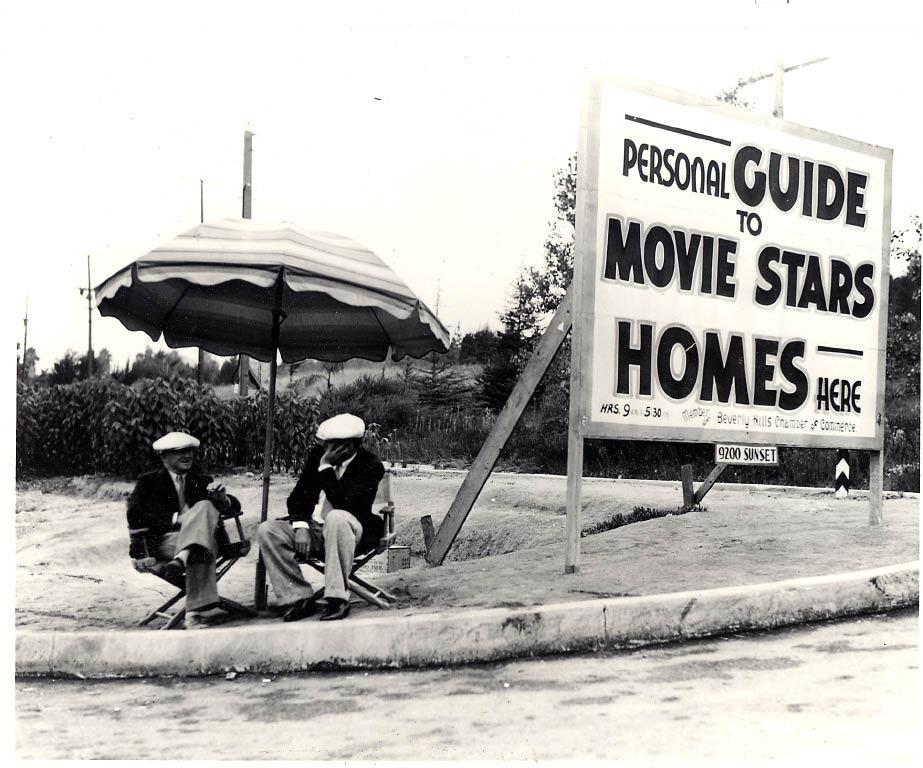 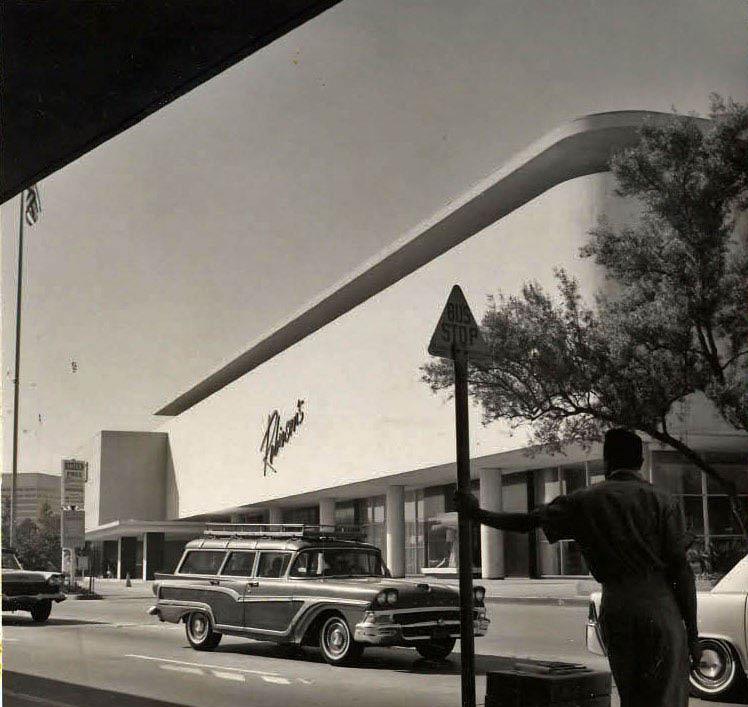