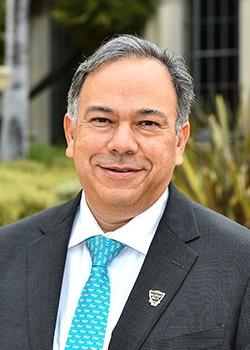 George Chavez is City Manager for the City of Beverly Hills.  As the City’s Chief Executive, he is responsible for developing policies to present to the City Council and overseeing the nine City departments.

Chavez began his career with the City of Beverly Hills in 1988 as a Building Inspector and has worked in a variety of positions including Assistant Director of Community Development/City Building Official and Director of Public Works before being named Assistant City Manager in 2016.

He has devoted hundreds of hours to organizations throughout Beverly Hills and worked closely with community leaders on economic development strategy and enhancing the overall quality of life in the City.

Chavez has earned Bachelor and Master’s degrees and is a recent recipient of the City’s Fred C. Cunningham Award for Distinguished Service.