The City Council recently adopted a Mixed Use Overlay Zone (see Ordinance No. 20-O-2825) to allow housing units in some commercial areas of the City.

Mixed use projects are developments with both commercial uses and residential units.  They are now allowed in the Mixed Use Overlay Zone, which has been applied to the following commercial areas of the City:

These locations are also shown on the Mixed Use Overlay Map below: 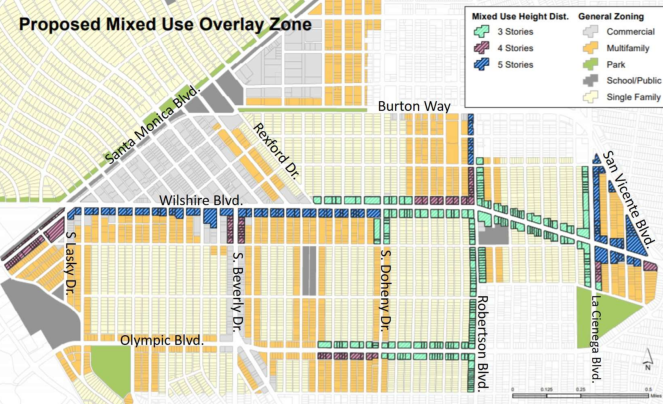 More information is available in the Mixed Use Development Guide (Feb 2021).

If you are interested in Mixed Use or have questions, please contact the Planning Division at (310) 285-1141 or email us at CDPlanning@beverlyhills.org.

City Council Public Hearing: November 17, 2020.  The staff report can be found here and video for this item may be viewed here.

An informational community meeting to present an overview of the mixed use ordinance and discuss how the State Density Bonus law could be used in conjunction with the mixed use overlay zone provisions.