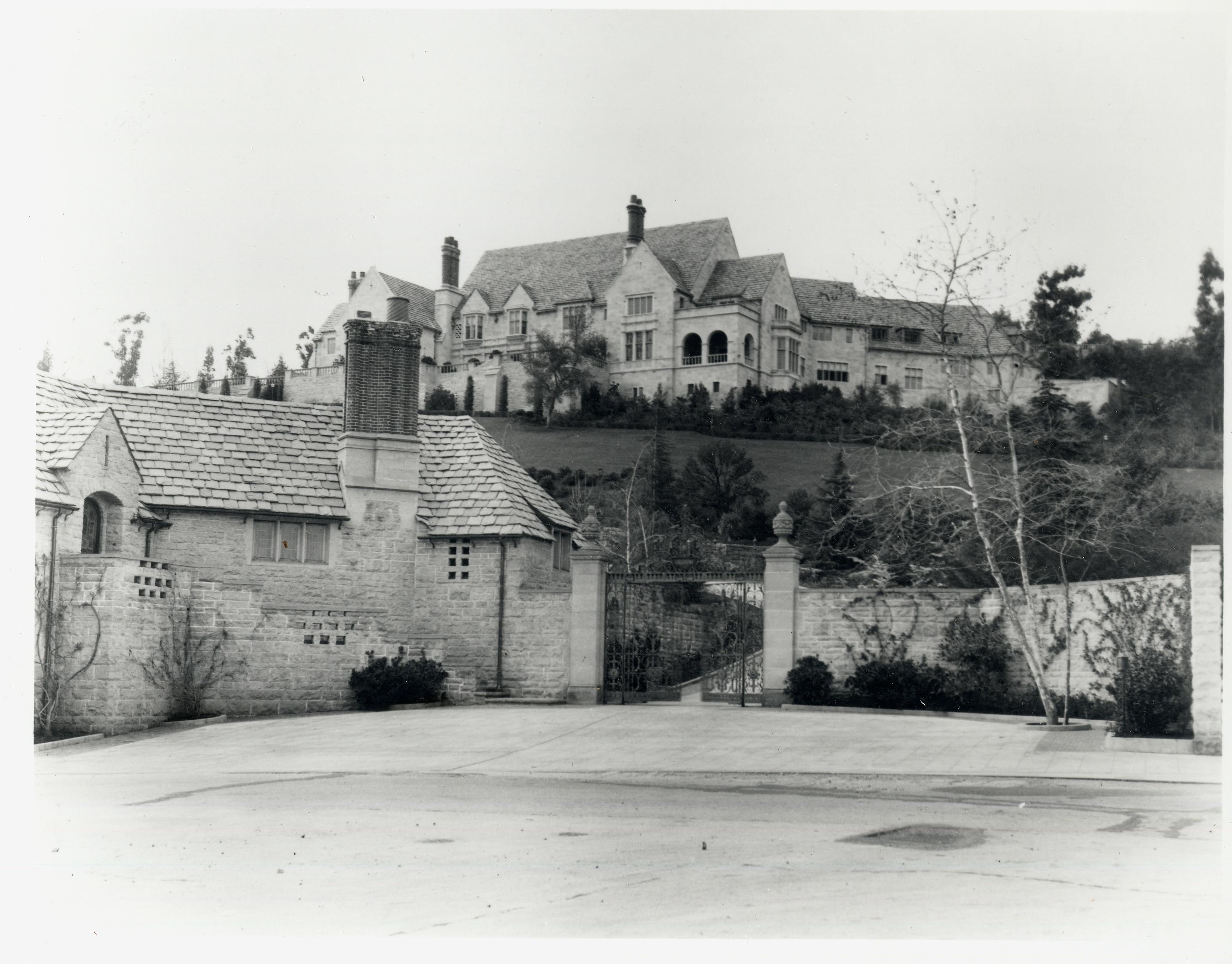 Greystone Mansion was designed by the renowned Southern Californian architect Gordon B. Kaufmann and was constructed by the P.J. Walker Company. The landscape architect was Paul G. Thiene, who used a potpourri of Gothic and neoclassic architectural styles.

The structure of Greystone Mansion was built of steel reinforced concrete, faced with Indiana limestone and is roofed of Welsh slate. Upon entering the mansion, the hand railings and arch-framed stairway typify both the opulence and craftsmanship of the era and of the entire Greystone property. All of the oak banisters, balustrades and rafters were hand carved, while each of the five chimneys was designed and crafted by a different artist. The floors of the grand hall showcased black and white inlaid marble and an elaborate living room held a balcony where musicians often performed on special occasions. The kitchen featured a pantry built to secure a large adjoining wall safe that was used to store the family’s silver and gold services. The mansion included servant’s quarters on two floors of the east wing and accommodated a live-in staff of fifteen. There are fifty-five livable rooms within the 46,054 square feet of living space in the mansion. Bedrooms were spread throughout the second floor, where the master bedroom suite was located in the west wing and featured an accompanying sitting room, two baths, a dressing room and a massage room. All the rooms with southern exposure offered a panoramic view of the Los Angeles Basin, from downtown to the Pacific Ocean.

The two oldest boy’s bedrooms were located in the north wing, where a circular staircase led into an adjacent recreation wing that contained a movie theater room, an original Brunswick bowling alley, billiard room and a hidden bar. Today one may recognize certain scenes from the movies as a number of well known films have been shot here at Greystone using the stately home and grounds as a backdrop. The grandeur of the setting also makes it a popular venue for weddings and elegant special events.