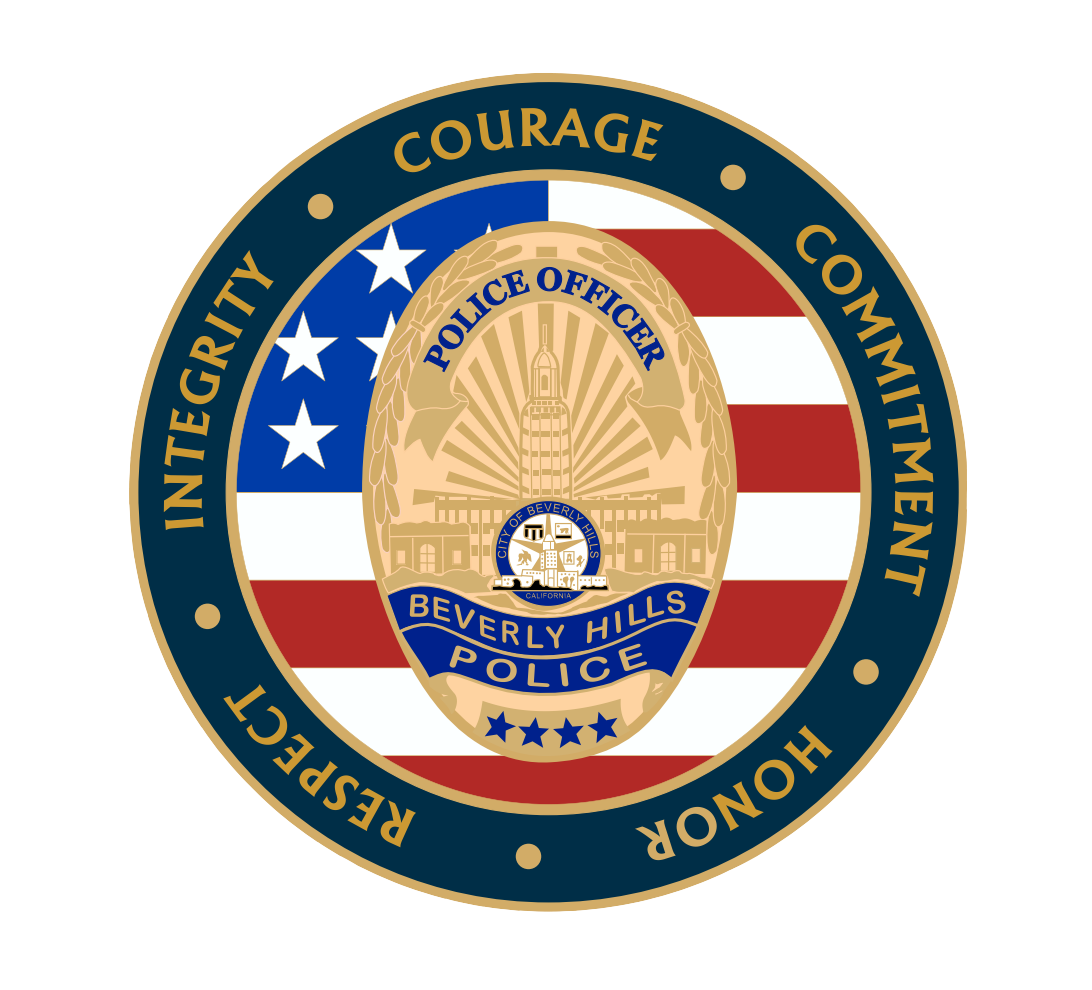 In 1914, shortly after the City of Beverly Hills was incorporated, Augustus Niestrum was appointed City Marshal and Jack Munson as his Deputy. In the early days, Munson's home served as the headquarters for the City's Fire and Police Departments. In early 1915, another officer, George M. Russell, who later became Postmaster, was secured

By 1916, Officers A. N. Geisler, a school janitor who was sworn in to protect the children and Russell Benedict were added to the force. Russell Benedict was the son of P.E. Benedict, whose land in Benedict, Franklin and Higgins Canyons was added to the community to meet the population requirement for City incorporation. When Munson retired in 1919, Charles C. Blair was appointed City Marshal, and served as both Fire and Police Chief. In 1925, after eight years in combined quarters, the Fire and Police Departments were separated.

On August 1, 1927, the Beverly Hills Police Department was formed as a municipal organization, and Blair became its first Chief of Police. The Department consisted of Blair, one captain, three lieutenants, four sergeants, four motor officers, twenty-three patrolmen and three clerks. In 1932, the Police Department moved to the Beverly Hills City Hall, where it remained until the new police facility was occupied in 1990. The current police facility is located across the street from City Hall at 464 N. Rexford Drive.

Each symbol depicts the history of Beverly Hills from its settlement to its development as a major commercial and residential community. Depicted in the center of the patch and badge is City Hall, the seat of local government in the City of Beverly Hills.

The five-pointed star represents the five member City Council, the governing body of the City. Beginning with the lower left of the patch and divided by points of the star, each symbol depicts a historical period in the development of Beverly Hills. The eagle holding the serpent represents the period of Mexican sovereignty (1822 – 1846); the shield of stars and stripes represents the status of the City of Beverly Hills as a city of the United States of America; the Bear Flag represents the California Republic of 1846 and the State of California as one of the United States; the Lion of Leon and the Castle of Castile represent Spanish rule over what is now the State of California.